I had an interesting conversation come up today on Twitter due to one of my tweets. It was made more out of frustration than actually wanting a response from it. I had sent a tweet out saying why I didn’t understand why people follow people just to get followed. People have clearly missed the big picture of Twitter. Twitter should be used for yourself (You need to be a little selfish) and to grow your network and help others when possible.

Making Yourself Known
If you’ve followed someone new that you look up to, or were inspired by, make your presence known. Send them a quick tweet introducing yourself. Although they may never respond, most usually do. Even if it’s a short response, you made yourself transparent and known. Following someone who doesn’t know about you, doesn’t profit you anything. You might as well not follow them unless they have some very pivotal things to say, or are some CEO of a famous startup. But even then, I lose interest in someone who doesn’t engage with their community.

Be Inviting
I send out tweets often to my latest followers, thanking them for following me and asking for them to introduce themselves. I have found some incredible and quality people this way. Your followers want to know that you care about them and that you will talk to them. They want to be seen, just like you want to be seen.

Stand On The Edge
I tweet everyday and test the waters often. I use two Twitter clients which is the Crowdbooster dashboard and Birdbrain application for iPhone. I use Crowdbooster to see my impressions of my tweets, my follower growth, and it also gives me tips on how to improve my connections. I use Birdbrian to see who un follows me. Not because I am stickler for people un following me, but by using Crowdbooster and Birdbrain combined I can do my own analysis on my tweets.

Find Balance
I can go from tweeting extremely professional things, advice and inspirational quotes. To pictures of my everyday life and more personal things. I’ve learned to keep a balance of professionalism and transparency. People react to what they can relate too and will remember you for that. Building a connection with your audience on twitter is more vital than your follower count or how popular you may or may not be. 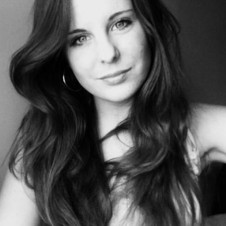